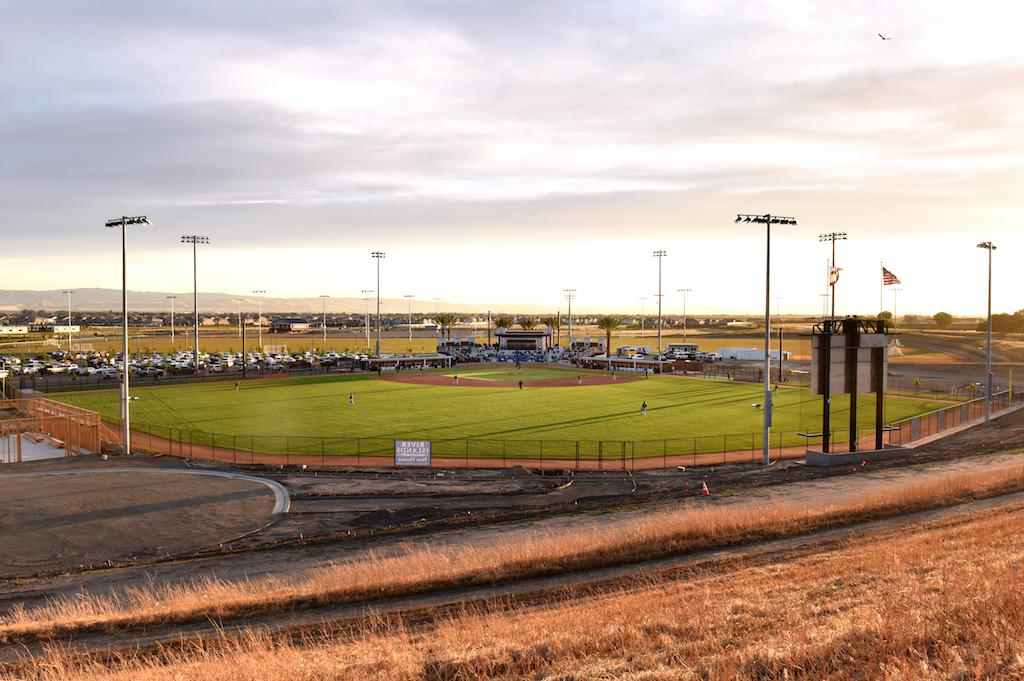 San Francisco Giants third base coach Ron Wotus has stood on baseball’s grandest stages and provided Little League coaching clinics for 25 years. So, who better to turn to than “Wo” for perspective about Islanders Field, a newly minted showcase ballpark for amateur players?

When Islanders Field was rolled out in May 2019 as part of the master-planned River Islands community, Field Director Don Johns began presiding over a dream ballpark that many are comparing to Division I college or Double-A pro fields.

Likewise, Johns’ buddy Wotus has been enjoying the view as a regular visitor.

“It was a great idea and the facility certainly came out gorgeous. What a nice setting out there,” Wotus said in an interview on Jan 2.

“I was just out there with Don at the Christmas party at River Islands,” Wotus said. “We went over and looked at the field again. He’s done a wonderful job with that facility; he’s very proud of it. For me it’s a well-needed facility in the community. Don’s been involved with amateur baseball his whole life and really knows that side of it.

“It’s kind of twofold: There’s not many stadiums that are available to hold events that have everything that this stadium has … The other side of it is it really is a nice centerpiece for that community to utilize not just for baseball but for other events as needed,” Wotus continued.

Johns, a Western Pa. native, has had a long friendship with Wotus, dating to Johns’ time as San Ramon Valley Little League President. Wotus and former pro players Erik Johnson and Joe Millette once ran coaching clinics for 20 Little Leagues. Wotus also once worked with Johns’ son, Matt, when Don, as a Dad Coach, had to step away at that age group.

“We have been personal friends starting after his playing days with the Pittsburgh Pirates, and watching him manage for the Giants at A, AA and AAA,” Johns said of Wotus, a Pirates’ 16thround pick in the 1979 Major League Baseball Draft.“I tell everyone that watching him manage a team you see how good he is with the players and with the aggressive strategy of the play.It is basic baseball, but his teams always executed the small part of the offensive game and could always play great defense.

“Keep in mind, he has coached with the S.F. Giants with three legends …Felipe Alou, Dusty Baker and Bruce Bochy and been the bench coach also and coaching 3rdbase. He’s been around Hall of Fame Giants legends like Willie Mays, Willie McCovey and of course Barry Bonds, to name a few.”

Consider Wotus a cherished friend of the River Islands community. After Johns introduced him at the Christmas party, the coaching legend said that what is being built at River Islands is more than houses, but a community with parks and recreation for everyone and people feeling like they belong somewhere special.

Johns simply couldn’t imagine not having Wotus connected to his baseball program.

“When I started working with Susan Dell’Osso at River Islands, KNBR was doing some marketing with Marty Lurie, so it was a natural to get Ron, “The Professor,” Wotus involved,” Johns said proudly. “He has been at the River Islands Christmas Party the past two years, wearing the championship ring and is such a great ambassador for the S.F. Giants, River Islands and Islanders Field.He loves to connect with people, they all want a picture with him with the ring, so it is a lot of fun for everyone.It is a family affair for me with my son-in-law Johnny Rodrigues, my son Matt, and Ron.”

At Islanders Field, something special is in the air. Johns’ showcase events feature top teenage players who finally have a place to showcase their skills close to home in front of college and pro scouts. The ballpark has filled a void in the NorCal baseball scene.

“A place like this that’s accessible, and Don coordinates all these events, it’s a gem to have out there at River Islands,” Wotus says.

Wotus, a native of Connecticut, has been in the East Bay for over 30 years, ever since he was managing for the Giants in the minor leagues. His wife, Laurie, is from Martinez. He has a deep connection with fans and baseball aficionados in the area.

“Whether it’s through longevity or through the success we’ve had as well or just the relationships, it’s special to me,” Wotus said of his local connections. “The Giants are special. I played two years as a Triple-A player for them, then I managed at the minor leagues. I’ve certainly known people for almost a lifetime here.
“Life is more important than your job and to be able to have special relationships with people in this organization and the fans and the community, it makes my life that much fuller to be able to do that in a place that I live. It’s hard to recreate that in professional sports,” he continued.

Wotus is gearing up for his 23rd season with the Giants, this time under new manager Gabe Kapler. He figures to provide invaluable experience on a new-look coaching staff.

“I’m looking forward to another year,” Wotus said. “Obviously we’ve had a lot of changes and I’m excited to get to know the new coaches and the manager, more and more.”

Soon, spring will arrive and offer a sense of renewal for Wotus and the Giants, as it always does. The same goes for the talented teens who will sharpen their skills at Islanders Field. It’s all for the love of the game.