Bennie and Joyce Gatto: 70 Years of Service to Lathrop 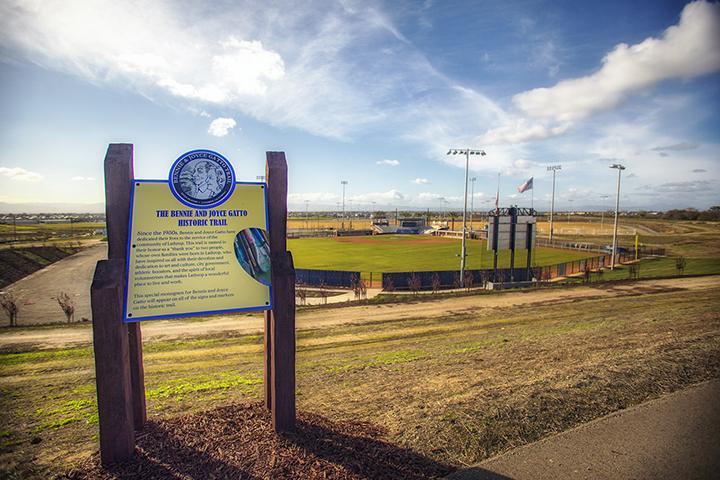 Lathrop residents, Bennie and Joyce Gatto, have given more than 70 years of service to our community. They have been pillars of the Lathrop Manteca area, both as volunteers and as civil servants. They chose to stay in our community and have their own families in Lathrop, and both Bennie and Joyce have been inducted into the Manteca Hall of Fame for their work. The programs established by the Gattos still run to this day, and their service is integral to the community’s culture.

Bennie Gatto’s volunteer work began in the 1950s to help develop a central water system in Lathrop. He also served as a volunteer firefighter for 22 years in Lathrop-Manteca Fire Department. Later in life, Bennie served two terms as the mayor of Lathrop, as well as eight years as a city councilman. He then spent 13 years on the Planning Commission before retiring. Bennie gave back to the students of Lathrop by establishing the Fast Union High School Athletic Boosters Club in 1970, serving as an active member for 31 years.

Joyce Gatto, Bennie’s wife, has given tirelessly to the arts throughout Lathrop. Her own artistic endeavors began in 1954 after close friend and employer, Vera Walquist, passed away from breast cancer. Joyce was enrolled at the Manteca Adult School for painting and was inspired to paint a portrait of her vibrant friend (this painting was featured in her one-woman show held at City Hall in 2013). In 1994 while Bennie served as mayor, Joyce established “Lathrop Mayor’s Art Show,” which became an annual event. The art show has gone on to inspire countless artists (some of whom include John Fry, Jarred Mays, and Randy Johnson.) She also established a teen art show to help local students develop their crafts. The Joyce Gatto Gallery, located at City Hall, is named in her honor. Joyce even has some of her own paintings hanging up in some of Lathrop’s city buildings!

The Gattos inspire the spirit of local volunteerism that makes Lathrop such a wonderful place to live and work! Their work in the arts and culture of the community will benefit generations to come. Our trail here in River Islands is named The Bennie and Joyce Gatto Historic Trail in their honor. It serves as a “thank you” to two people who have inspired us all.